Transplanting, Trimming and Clean up

I transplanted a few of my flower seedlings, which is always a risk.  I thought I had planted "Envy" zinnias in both of my front entrance planters. One of them was doing fine, and the other one was being eaten by a bug (I'm not sure what kind of bug yet, though). When I realized that the successful flowers were the "Giant Lavender Gem" zinnias that had failed in my spring sprouting cubicles, instead of just plant a seed or two in the other planter and have a nice bouquet, I decided to go ahead and transplant one of the two from the successful planter.  Big mistake - now they both look kind of stressed, especially the one I transplanted.  It has been in the "100's" temperature-wise here, so that's a factor, and I should have left well-enough alone.  Also, it looks like I have several of the Giant Lavender Gem plants growing in my front flower beds. All this time, I thought I was going to get some green Envy zinnias but I think they were devoured, too.  Also, one zinnia bloomed, and instead of being "dahlia-like", it seems more like a single daisy. It might be because I planted them in containers. I'll see what the ground-grown blooms look like pretty soon. Note:  When I realized some of the flowers were susceptible to a parasite, and some not as much, I sprinkled some diatomaceous earth around them.  It does seem to have helped, but I think I'll have to treat with something a little stronger - not sure what, though.) 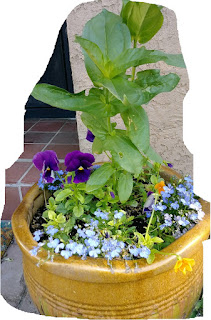 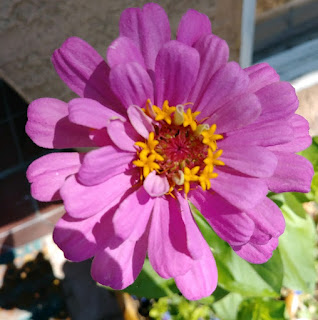 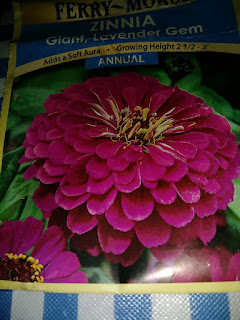 Package - not exactly a match 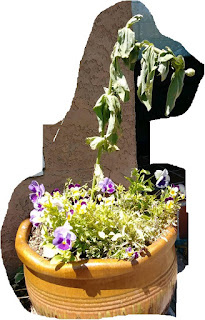 
I had better luck with this daisy transplant. I've always had good luck with daisies, so we'll see. 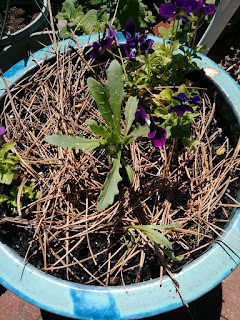 My only vegetable that's made it so far is the zucchini. It is growing so well, I'm afraid to thin it or transplant it.  It has lots of buds, too. I've never tried growing a bush-style zucchini before, so I'll wait to see what kind of support I'll need. It needs to be watered twice a day, though, so I'll see if I'm going to break it up. The drainage holes are working great, I'm happy to say. 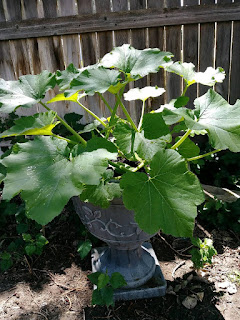 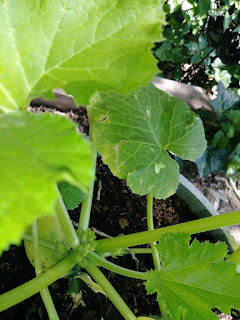 Zucchini Buds (at the base). 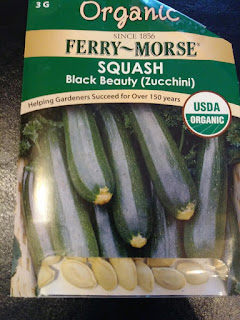 All of my shrubs are overgrown already, so this morning, I went ahead and trimmed the front-most one, since it had become the biggest eyesore to me because the roses at the base were all faded, and everything looked out-of-shape.  I used an old Black and Decker trimmer that I had found at Walmart about 12 years ago. Even though the temperature on my patio reached 111 degrees, I just made sure I spritzed myself with water and took frequent fluid breaks.  All I had on hand was Wild Cherry Pepsi - no, sorry, water wasn't gonna' cut it- and believe me, it hit the spot. It took me about two hours. 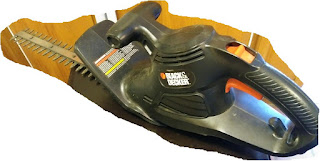 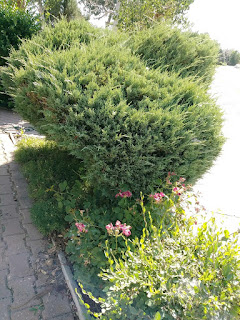 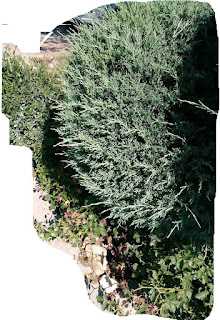 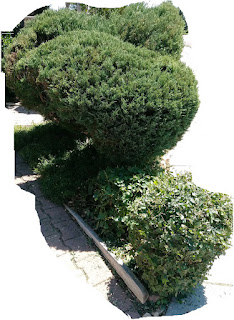 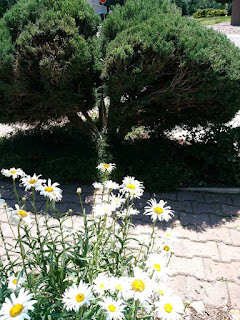 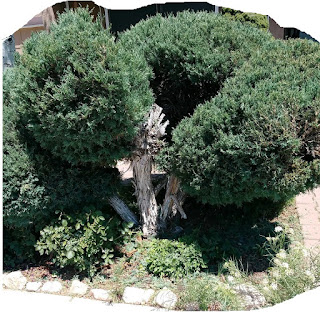 I guess my excuse for not planting more veggies yet is because I really haven't had the time, due to trying to dig up half of my lawn that turned out to be crabgrass, so I can re-seed by fall. (Hopefully sooner if it ever cools down outside.)  I also need to wait to re-seed the grass, because I read that it is best to wait 60 days after applying the crabgrass deterrent.  Even though I applied it last February, it didn't really get "watered in" until May-June, since we had so little snow, and it didn't warm up enough to risk turning on the sprinklers until late.  My neighbors seem to be having similar issues. 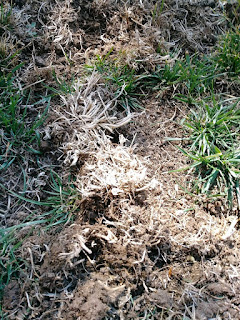 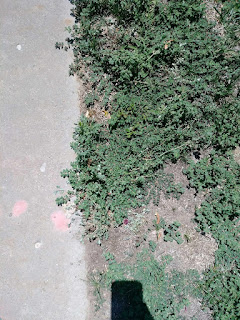 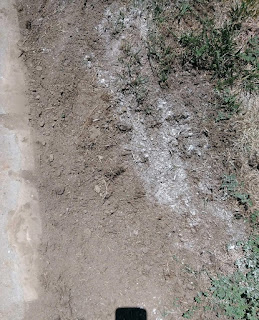 Pulled crabgrass and Weeds
There were so many ants, I treated the area with diatomaceous earth, and it helped a lot, but I have to keep an eye on it. I also sprinkled it on my shrubs, because I was finding little spider webs on them.  It helped, but today I finally decided to spray them with a little "MiteX, after I finished trimming.  I've used it in the past, and it works pretty well.  We'll see. 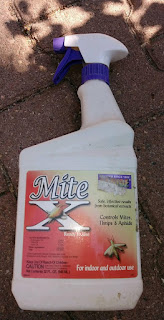