My Neighbors Have Been Very Patient

. . . about two of my trees that have been needing to be cut down.  I searched far and wide for a company, though, that owns its own bucket, because I didn't want to have any branches end up anywhere near the house, and I didn't want to have to take down a fence section.  They also needed to own their own stump grinder, because I wanted the front to look nice afterwards.

This company fit the bill, and did a very good job, I think.  Here's a short video of their work in progress (I need to tweek this quality, yet): 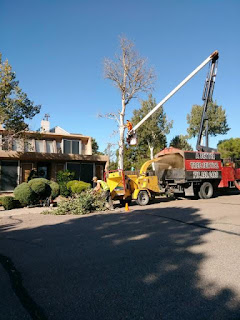 Kudos to A Better Tree Service

Here are a few pics of the finished products: 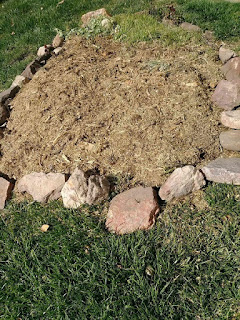 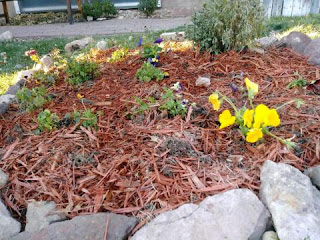 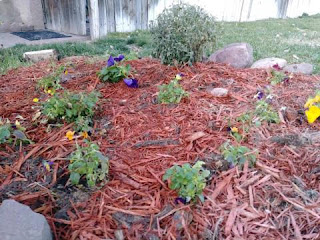 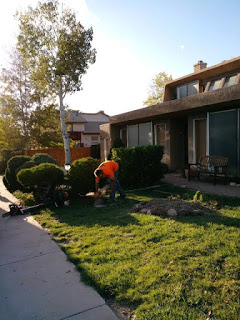 I'm Keeping This Tree Another Year 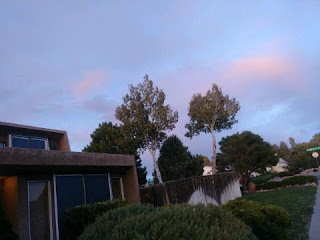 The Theme Was Red, White and Blue along the front walk this last summer, with red and white striped Petunias, along with blue Petunias, and Martha Washington Geraniums.  The white Shasta Daisies volunteered early in the Spring, and then held their spot with dark green foliage. 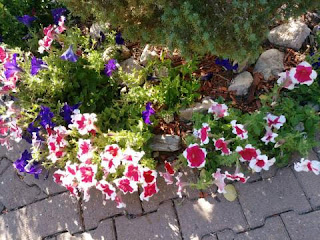 Red, white and blue petunias under the Alberta Spruce tree. 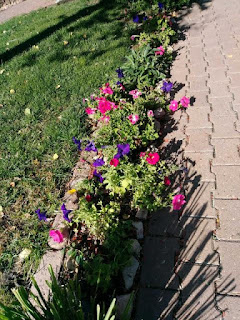 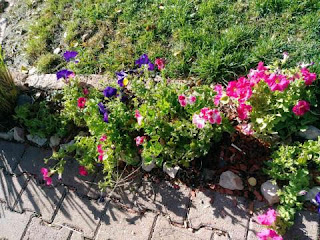 The containers on each side of the front door, planted in early Spring (since Pansies thrive in cool weather) started out as splashes of color.  However, by Summer's end, they had morphed into a display of Chocolate Mint, and lavender Mums.  Once the mint was planted, it was so aggressive that the Pansies, which had faded because of the heat, couldn't compete. The Mums bloomed once, and after cutting them back, will bloom again in about a week.  Although Tuesday and Wednesday will be in the 70's and 80's, Thursday's forecast is for snow, so they will each need to be covered with a 13 gallon bag on Thursday, and also over-night.  Hopefully the weather will warm up after the snow, (about an inch) so the flowers can enjoy a prolonged Autumn. 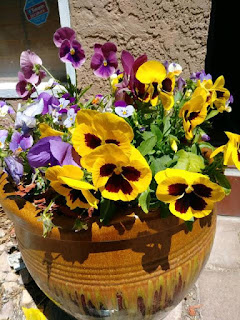 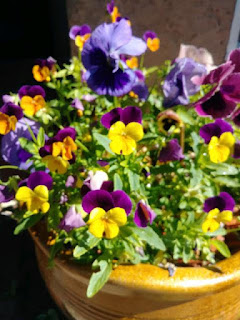 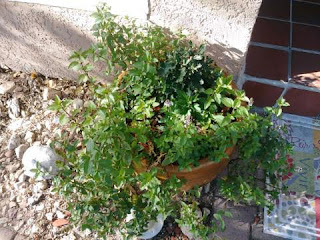 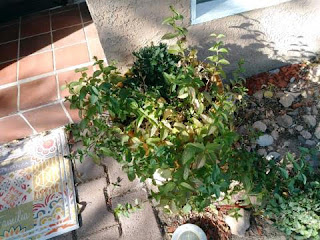 The pansies morphed into chocolate mint and lavender mums! 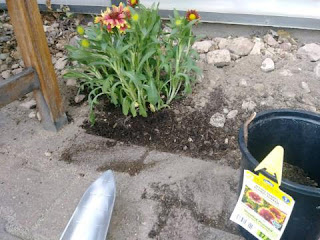 The Gallardia plant did well this summer - They love the south-exposure!  I'm going to plant some of the died-out blossoms, in hopes they'll germinate next Spring. 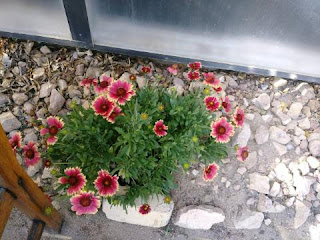 The front bench really needed to be refinished, and it turned out well (below).: 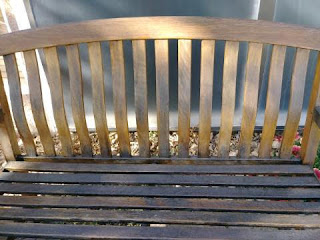 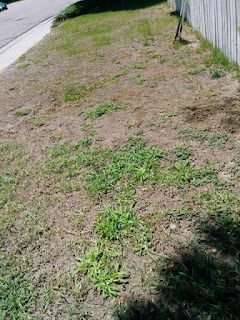 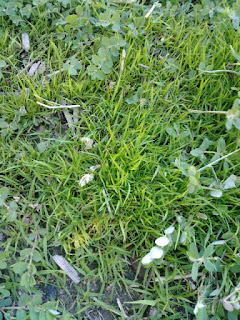 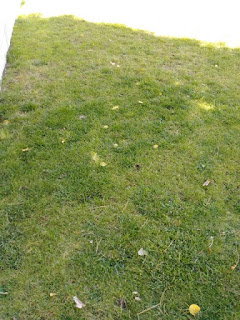 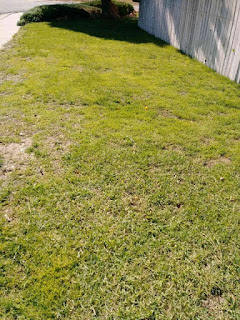 The Zoysia seed has been difficult to germinate because the soil absolutely can't dry out, which is a real challenge during hot summer days of 100 degrees or more. It seems to be filling in and spreading nicely, though. The worst weed has been spur-weed, but thankfully it's easy to pull by the roots.
Posted by Say Yes to Life at 10:07 AM No comments: