OK, I Guess it Was Crabgrass (and not Winter-Kill)


As mentioned previously, I applied some Scott's Fertilizer with Crabgrass Deterrent,
to my dormant lawn in February. The weather reports predicted snow and rain, and I didn't want the crabgrass in my lawn to "wake up," because the deterrent isn't effective if that happens, according to the instructions on the package. We got very little moisture, and we didn't turn the sprinkler system on until after all danger of frost was past.  When the grass finally did start to "green up," it was very "patchy."  I thought I had killed the lawn due to not watering it.  However, it is greening up nicely after all, in spots.  I finally realized that the dead patches were dead patches of crabgrass! 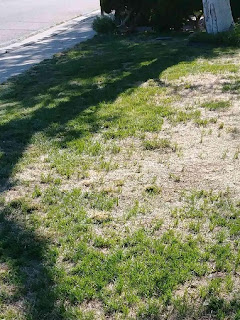 The patches are dead crabgrass.

The best thing to do is to remove all of the dead crabgrass patches, and then to re-seed the bare patches. It's a big job, but not really that difficult - just time-consuming.  I've considered re-sodding, but that's not really practical right now, on several levels.
Here's a section that was just de-thatched of the dead crabgrass. 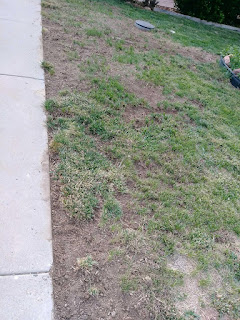 Crabgrass pulled and ready for re-seeding 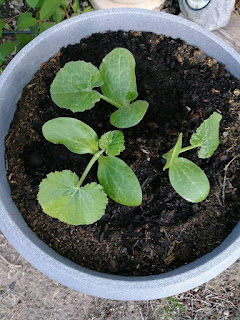 The zucchini seedlings are almost ready to thin. I think I'll transplant one of them in the other planter, since the yellow squash hasn't germinated. I checked, and the seeds are still not sprouted.  I'll try a different package of yellow squash seeds, in a different planter, in the next few days.

My new pink zinnias seedlings have been eaten by bugs, unfortunately. So, I went ahead and treated the flower bed with diatomaceous earth, and then re-seeded with some of the green Envy zinnia seeds, since they seem to be more bug-resistant. I left the pink zinnias, in case they survive. None of the outdated blue Forget-Me-Not seeds have germinated, so I went ahead and bought some pink and purple petunia flats at Walmart, to fill in along the borders. 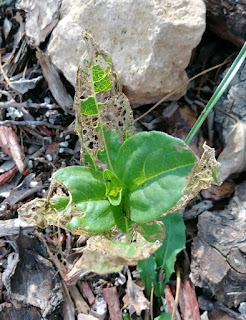 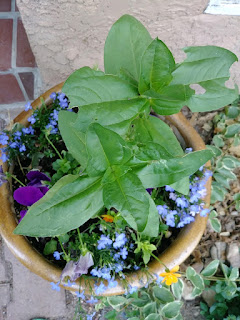 These zinnia seeds are packed for 2018 by Parks Seeds. It looks like the plant in the back is deflecting the bug(s) from eating the front plant.  I'll wait to thin it out. I went ahead and planted two Envy zinnia seeds in the matching planter. I also treated the planters with diatomaceous earth.
👀  What happened to my carrot seedlings?  it looks like I'm going to need a garden cage.  I do have a couple of neighborhood cats that visit my yard once in awhile (even though there is a leash law for cats here). Or, I did see a bunny rabbit the other day that looked like it could easily scale my six-foot fence, before I chased it away. 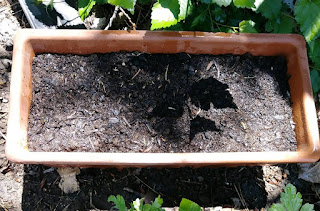 .  Where have the carrot seedlings gone?