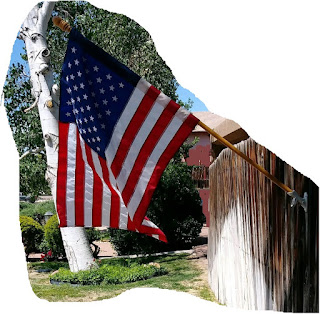 Hope everyone's Memorial Day weekend was a good one!


There were lots of "firsts" going on gardening-wise this holiday weekend.  That's what makes Spring so much fun, I think! 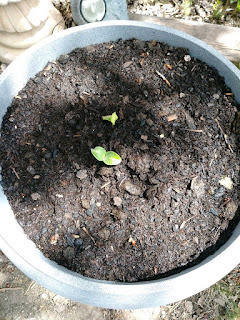 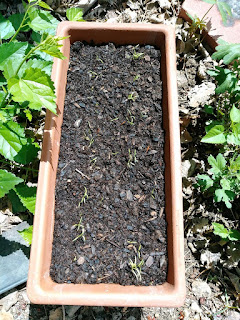 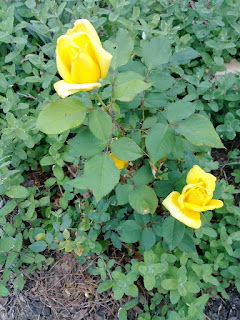 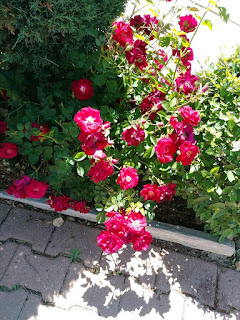 These roses only bloom once per season, now that they're older and weren't properly over-wintered one winter.  Roses are supposed to be mulched in the fall before first-frost, and I didn't realize what would happen if they weren't - until the following summer, when they only bloomed once, and continue to do so since then. 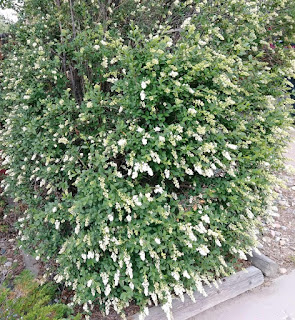 We planted this fragrant hedge with two cuttings from our neighbor's hedge, about twenty-five years ago.  It needs to be trimmed in about mid-June, after blooming, or it will grow to about nine feet high, which is too high to be managed easily. 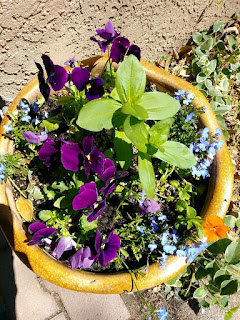 Two Zinnias in the Center are Coming Along

The zinnia packet says to thin them to six inches, and I really just want a tall center plant in place of last year's spiky dracaena, because of the grasshoppers' fondness for the plant.  So, I'm going to try to transplant one of them into the matching planter on the other side of the front door, soon.  If it doesn't survive, I'll plant another seed. 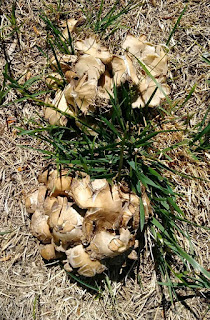 Mushrooms in my lawn

I have been watering a little bit too much - trying to get the lawn to "green up."  I was going to apply a fungus-deterrent, but after researching the subject on the Internet, I decided to just remove them and reduce the watering.  After waiting a day to water, there were no new mushrooms, and they didn't even return after a nice rain.

It appears that the bare spots on the lawn are probably partly crabgrass, so that means that the Scotts with crabgrass deterrent did work.  However, now I will need to rake, dig out more crabgrass roots, aerate, and over-seed in the bare spots.  Then I'll have to water about twice a day for two weeks or so.  I'm trying to wait for a "cool spell" to do that - which hasn't really happened yet this spring.  I tested some left-over grass seed to make sure it will germinate, and it did sprout in a cup, so all's ready there. 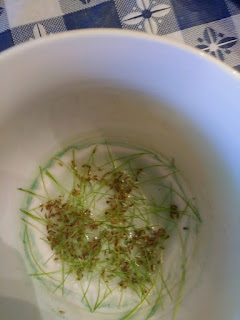 Kids Crocs on sale at Walmart! 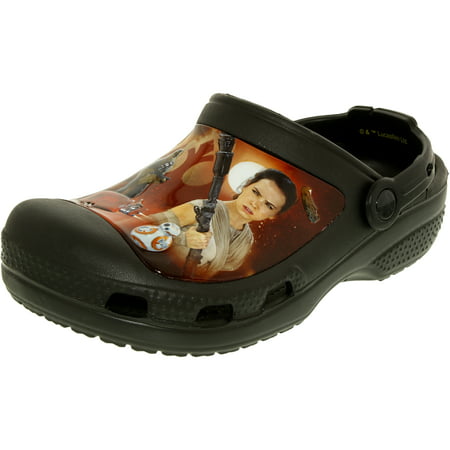