My raised bed garden is "coming along," as Dad used to like to say.  I was going to plant broccoli in my new cedar raised bed, but the directions on the package say it is best for "sun and shade," and the container is placed in an "all sun" location.  So, I decided to just plant brussel sprouts, oregano, basil and bell peppers.


Before planting, though, I noticed a few ants, and another undesirable bug (a rolly polly), so, in the interest of trying not to use toxic insecticides, I decided to use some diatomaceous earth that I had on hand.  I sprinkled some around the ground that the container is resting upon, and also a couple of teaspoons over the top.  Hopefully, it will lacerate the outer shell of any insect that comes into contact with it, and then the insect will become dehydrated and die.  I checked to see if it would bother earthworms (which would be undesirable - need earthworms!), and it doesn't, since earthworms don't have an "outer shell." 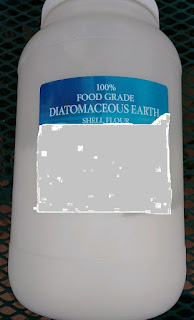 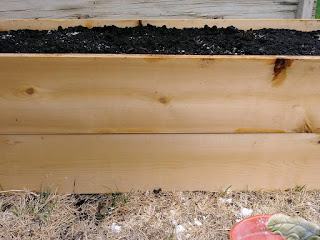 All sprinkled, and hopefully protected. 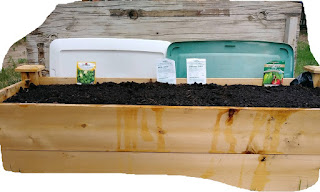 Those covers behind the cedar raised bed will be used to protect against hail, birds. cats (I have a couple of neighborhood visitors) and squirrels, for the first few weeks or so. I might end up having to purchase or make some cages for it, and my other planters, because I spotted a rabbit on my security camera, in my front yard this morning. I plan to mulch with left-over pine needles.

I decided to go ahead and use my old raised bed by my patio for the lettuce, spinach and more herbs, because it has partial shade, which the greens will need.  I'm going to need to reinforce it a little bit on the corners, though. I don't really have time to rebuild it this year.  I will add some new soil, though.  I'll have to replace the yard sprinkler with a 3/4 spray, though, so it will be watered if I miss it once in awhile.  It can get pretty hot here in August.  I probably won't be growing greens in August, but I might still have some herbs growing, like parsley, basil and oregano. 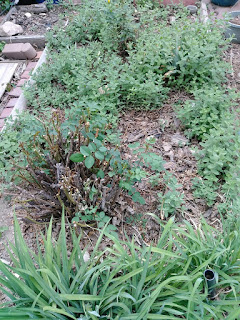 The old raised bed has two old rose bushes, a trumpet bulb plant and some spearmint in it, already.  I think I can keep the yellow rose bush, but I'll probably need to dig out the oldest, non-blooming rose bush, eventually.  Maybe not this year, though.  I'll also keep some of the spearmint, since I just found a couple of new recipes that call for fresh mint. I'm hoping to cultivate a 4-foot by 4-foot space that I can keep growing greens and herbs in during winter months.  I haven't figured out a cover, yet - I'm thinking maybe a ready-made window well cover.  I'll keep my eyes open.


Check out one of Walmart's raised bed kits: 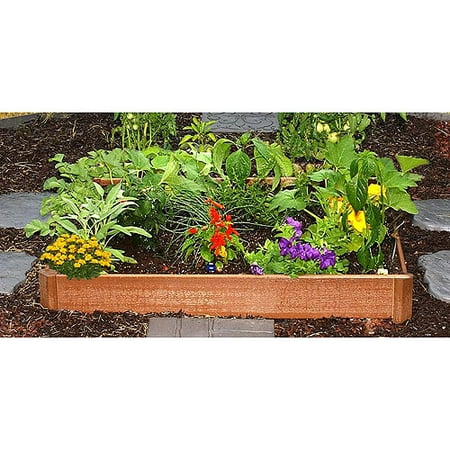